SMSF investors looking at off-the-plan options for property investment are again being told to proceed with caution on the east coast of Australia.

Parts of Western Sydney in particular, which will be home to hundreds of new units in the next five years, are “danger zones,” according to chief executive of RiskWise Doron Peleg.

“These dangers include equity risk, cash flow risk and settlement risk, and we can see the potential realisation of the latter in the example of Blacktown,” Mr Peleg said.

Mr Peleg also flagged valuation issues which are surfacing in the Sydney market, which is a particularly pertinent consideration for SMSF investors who are already feeling the pinch with tougher lending requirements.

“Another issue with large unit blocks is the valuation that is usually based on the ‘comparison method’. Put simply, a property that is sold in the free market as a secondary sale, in this case between two private parties and not by the developer, sets the benchmark for the fair market value for other properties within the same development, with the relevant valuation adjustments based on each property configuration, features, etc,” Mr Peleg said.

As reported late last month, networks like H&R Block are finding SMSF clients are increasingly “not getting great outcomes” from property developments in the current market.

“There’s been a lot of tightening in the lending world with the banks. In fact, some have dropped out of the market altogether when it comes to lending to SMSFs,” H&R Block director Kimberlee Brown told SMSF Adviser.

“In some cases, clients have ended up being more out of pocket… or they don’t lose money, but they forgo opportunity,” Ms Brown said. 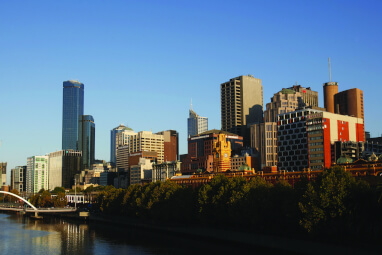 Total votes: 857
The voting for this poll has ended