The government has released a draft bill for its proposed superannuation guarantee measures which include extending single touch payroll to all employers and facilitating more regular reporting by super funds.

The exposure draft is intended to give effect to the government’s Superannuation Guarantee Integrity Package, announced by Minister for Revenue and Financial Services Kelly O’Dwyer in August last year.

One of the proposed measures in the draft laws is to extend single touch payroll to all employers from 1 July 2019.

Ms O’Dwyer said this will improve the reporting of superannuation obligations and improve the ATO’s ability to get real time information about an employer’s compliance.

“Combined, these measures provide the ATO with more timely information to support earlier detection and proactive prevention of non‑payment of superannuation that is rightfully owed to employees,” said Mr O’Dwyer.

The government also plans to implement a direct identification number to help identify directors who are robbing their employees of their superannuation.

The draft laws also introduce serious consequences for employers who break the law.

“The ATO will have a suite of enforcement and collection tools, including strengthened arrangements for director penalty notices and security deposits for superannuation and other tax-related liabilities,” said Ms O’Dwyer.

“In cases where employers defy directions to pay their superannuation guarantee liabilities, the ATO will be able for the first time to apply for court‑ordered penalties, including up to 12 months imprisonment. To embed ongoing compliance, the ATO will also have the ability to require employers to undertake training.”

The draft legislation is currently under consultation till 16 February 2018 and the government is encouraging industry and individuals to provide submissions.

SMSF Adviser reported last year that the ATO planned to significantly step up its compliance and enforcement activity in relation to superannuation guarantee payments, following a report which indicated the gap in payments to be around $2.85 billion.

“People should take the payment of SG very seriously, it has a real impact on employees,” said Mr O’Halloran. 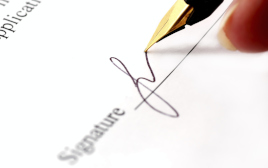