Career breaks undertaken for maternity leave, caring for children and health reasons negatively impact a woman’s superannuation balance by over $100,000 on average, according to research commissioned by REST Industry Super.

Research commissioned by REST Industry Super has found that on average career breaks reduce a woman’s superannuation balance by $159,000.

This figure was based on the amount of superannuation working women have lost once they reach the retirement age of 67.

It was calculated on an average of 4.2 career breaks taken, and the calculations were based on self-reported cost per career break which was the annual 9.5 per cent in compulsory contributions, less the 15 per cent contributions tax and annual compounding of the superannuation balance based on a 4.95 per cent figure. The modelling done by Lonergan Research did not include voluntary contributions.

Due to career breaks combined with lower average earnings, women who have taken a career break are predicted to retire with $283,141 less in their superannuation than their male counterparts, according to the research.

The research also found that after a career break, women returning to work earn 29 per cent less than their male counterparts.

The research indicated that two-thirds of working Australians have taken at least one career break at some stage in their working lives, with an average of 3.5 career breaks overall. Health breaks are the most common type of career break taken by Australians, particularly for men, who typically took a health-related career break at 44 years old.

According to the research, the average age women take their career break is 33 years, with maternity leave at 50 per cent, the primary reason, followed by leave to care for children at 49 per cent, and health reasons at 45 per cent. 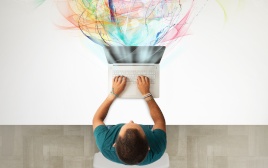