With data feeds still experiencing issues around the quality and reliability of data, this is creating challenges with the automation of SMSF services, according to SMSF software providers.

BGL managing director Ron Lesh said the reliability of data feeds continues to be an issue for the SMSF industry.

“It would be nice if all the data feeds and the data coming from the banks was reliable, worked all the time and we weren’t spending all our time chasing up the problems that they cause us on a regular basis,” Mr Lesh told delegates at the ASTA 2017 conference in Sydney.

“It's not just the banks. It's just a general thing around data feeds. They're just not as good as we would like them to be yet.”

Class chief executive Kevin Bungard agreed there is further work to be done in the area of data feeds.

“Right now getting the breath of data and the quality of data for the mundane stuff has really been the focus,” he said.

The issue around data feeds is particularly prevalent with some of the older products, he said, as the provider is no longer investing in the product.

Both Mr Lesh and Mr Bungard said they believed the new payments platform from the banks would alleviate many of the current issues with data feeds however.

“The new payments platform, which will be 24/7 with real-time data about what's happening, is really exciting,” said Mr Bungard. 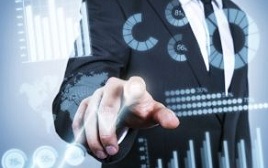