The application of the CGT transitional rules has been “chaotic” according to one audit firm, with over half of all affected 2016/17 returns containing errors.

Hayes Knight director of superannuation services Ray Itaoui said the recent superannuation reforms have been the “catalyst for a tsunami of SMSF accounting errors”.

Mr Itaoui who runs Hayes Knight’s SMSF audit outsourcing business Superssentials, said across the audits received for the 2016/17 financial year so far, there have been errors in around 70 per cent, which all relate to the incorrect implementation of the CGT transitional rules.

Some of the key areas where errors are being made he said are around ineligible funds applying for CGT relief and with the implementation of the cost base reset.

In some cases the wrong date has been used because of a misunderstanding about the trigger events and timing of CGT relief, he explained.

There have also been errors made with deferred capital gain amounts with the deferral amounts often calculated incorrectly, he said.

“We will not sign off any audit that has incorrectly implemented CGT transitional relief,” said Mr Itaoui.

“SMSF auditors need to be meticulous when auditing funds where CGT transitional relief has been
applied as inevitably errors are being made.” 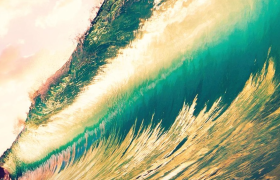