The Administrative Appeals Tribunal has affirmed the decision to permanently ban an adviser after ASIC surveillance found they had failed to consider their clients’ best interests when advising on insurance in super.

ASIC surveillance found that Mr Panganiban had failed to act in his clients’ best interests or have a reasonable basis for advice, and that he had prioritised his own interests over his clients’, ASIC said in a statement.

Mr Panganiban was found to have advised 49 clients who held risk insurance through their AMP super fund to cease their existing AMP policy and replace them with an alternative AMP insurance policy, and pocketing the commission in the process.

“[His] remuneration was positively influenced by the upfront commissions he generated as a result of his advice,” ASIC said.

As a result of replacing, rather than transferring, the clients’ policies, the corporate regulator said Mr Panganiban’s clients were exposed to unnecessary consequences, including gaps in cover and changes in definitions and policy terms, and they risked policy exclusions and loadings.

“It also unnecessarily restarted the non-disclosure period that allows insurers to avoid policies within the first three years of inception for inadvertent non-disclosure,” ASIC said. 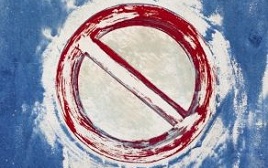