ATO speaks out on outage impact on super sector

In light of the ATO systems report released yesterday, the ATO commissioner has apologised to the superannuation industry for any disruption and outlined plans to work closer with professionals on similar issues moving forward.

The ATO released an ATO Systems Report which outlines its understanding of the causes of the ATO computing system outages that impacted services to the Australian community, following issues with part of its data storage system.

In a commissioner’s forward, ATO Commissioner Chris Jordan said the report explains what happened to its IT systems, the impacts on its stakeholders, the ATO’s responses and what the organisation is doing to improve services in the future.

“We are very mindful of the disruption that the outages caused the community and our key stakeholders – tax practitioners, the superannuation industry and software providers. I apologise again for the inconvenience that has been experienced,” Mr Jordan said in the report.

“No taxpayer data has been lost or compromised as a result of the outages and government revenue for 2016-17 has not been impacted. Further to this, all refunds were paid inside our service standards and any affected taxpayers were automatically allowed additional time to lodge or make payments to us.”

Mr Jordan said the ATO’s contract service providers, Hewlett Packard Enterprises and DXC Technology, are continuing their forensic investigations into the root causes of these outages, including laboratory testing of decommissioned equipment.

Despite the outages, he stressed that harnessing technology and using digital channels “is the way of the future”.

“Technology offers our clients, agents and the ATO great efficiencies with automation of simpler tasks, freeing us up to work on things of greater value,” Mr Jordan said.

“In the future, the vast majority of taxpayers will use our digital services to send and receive information and payments, and to complete transactions in real time.”

The tax office said in the report that the systems outage disrupted ATO programs for the collection and refund of revenues, delivery of services, collection of intelligence and data to test and support government policy.

“Following restoration, our priority was to address any disadvantage suffered by our clients. Most of these issues were dealt with using discretions and remedies available to us under the tax and superannuation laws, including extensions of time and adjustments to interest or penalty charges,” the ATO said.

It said it conducted numerous meetings with clients, including tax practitioners, professional industry associations, and representatives from software producers and superannuation funds. In addition, the ATO said it has received numerous written submissions.

In some of the submissions, stakeholders suggested that clearer messages about outages would allow them to better manage their own businesses and time frames.

“For example, tax practitioners could better roster their staff to complete lodgements,” the ATO said.

Stakeholders also said that when the ATO advised the community that its systems were restored, it needed to include a caveat that some services were still slow or would not be available instantly.

“This clarity would have assisted tax professionals in better managing their clients’ expectations,” the ATO acknowledged.

The report stated that some stakeholders also raised the issue of compensation in their submissions or in meetings with the ATO, but the tax office claimed that it had only received a handful of claims.

“Throughout the period and since that time deferrals for lodgement and payment, discretions and waivers under the tax and superannuation laws have been applied both individually and across the affected population to support those disadvantaged by the systems outage,” the report said.

For other cases of disadvantage, the ATO noted it has a process for considering applications for compensation under the Commonwealth’s Scheme for Compensation for Detriment caused by Defective Administration (the CDDA Scheme).

“Some feedback included that the CDDA scheme was inflexible to deal with a major outage that impacted many stakeholders. We believe that the CDDA scheme provides a fair system for making payments to those who can evidence disadvantage and will consider any claims received on their merits,” the report said.

ATO speaks out on outage impact on super sector 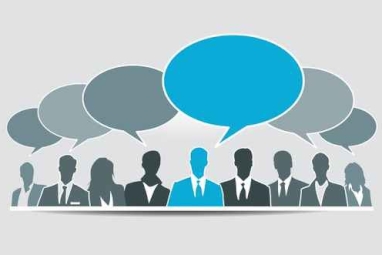