SMSF firms have been warned that under the government’s proposals for dispute resolution, ASIC will have access “to a tremendous amount of information”, increasing the level of oversight it has over licensees.

The Fold Legal director Jaime Lumsden Kelly says currently external dispute resolution (EDR) schemes only have an obligation to report to ASIC if, in the course of reviewing a dispute, they see evidence of a systemic breach.

A systemic breach would be a major issue that could be entrenched across the business, Ms Lumsden Kelly explained to SMSF Adviser.

“That’s going to change under the new proposal [however]. The EDR scheme will have an obligation to report any contravention of any law to ASIC or APRA,” she said.

“That’s a really big shift from the current model, because it’s not just financial services laws, it’s any law and it’s any contravention, so there’s no materiality threshold on that.”

Ms Lumsden Kelly said this is different from the licensee’s reporting obligations as they’re only required to report issues to ASIC where they meet the significance test.

“What I see here is the potential for a mismatch in issues that licensees are reporting versus issues that the EDR scheme is reporting, which means that, more than likely, ASIC is going to be getting a lot more information from EDRs on potential breaches of laws than is currently the case,” she said.

Some of the issues being reported will be related to matters that licensees would not otherwise have reported themselves, because they have no obligation to do so.

“Broadly speaking, that’s going to mean that ASIC is going to have greater oversight with what’s happening within licensees, because they’re going to have access to more information,” Ms Lumsden Kelly said.

Ms Lumsden Kelly said she has concerns about the fact that the corporate regulator will have “access to a tremendous amount of information that they can use”.

“ASIC will commence an investigation if a consumer complains directly to ASIC, but now, ASIC may very well start an investigation because the consumer has complained to the licensee and information about that complaint is passed back to ASIC through the reporting process.”

The corporate regulator may also have compliance concerns if licensees are reporting that they’ve had no complaints, Ms Lumsden Kelly warned.

“That’s not necessarily unusual, having no complaints does happen, but certainly I could see that in some point in the future that ASIC might decide to start poking around in licensees that have had no complaints, just to sort of check that their complaints processes are appropriate and that they’re doing everything correctly.

“So there will be more opportunities for more scrutiny and oversight, and more prompts for ASIC investigations out of some of the information that they’re going to be getting.” 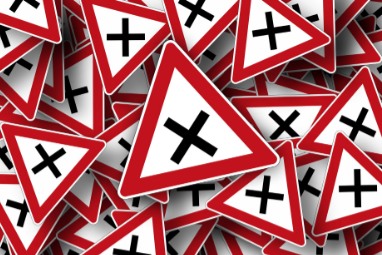