Commuting a TRIS on 1 July 2017 instead of 30 June could result in an additional technical issue for SMSF clients, according to an industry lawyer.

DBA Lawyers special counsel Bryce Figot said one of the rules that apply to most SMSF pensions is that before commuting pensions, including TRISs, a pro-rated pension minimum must be paid.

Even if the pension was commuted at 12:00:01AM on 1 July, a prorated amount must first be paid, said Mr Figot.

While in practise many SMSF practitioners may disagree, he said the commissioner previously confirmed this in the minutes of the June 2009 meeting of the National Tax Liaison Group; Superannuation Technical Sub-Group.

The commissioner stated that “where the commutation occurs on 1 July … the Tax Office considers that there is one day in the payment period and a minimum pension or annuity payment representing a one day period must be paid”.

“This approach means 1 July would also be counted in working out the minimum payment for any new pension immediately commenced from a rollover of the commutation lump sum,” the commissioner said.

I light of this, Mr Figot said that if a TRIS is commuted on 1 July, a prorated minimum will have to be paid first.

“Accordingly, I suspect that those rolling back a TRIS might wish to do so on 30 June in order to avoid the practical difficulty of having to pay a prorated minimum first,” he said.

Under the current law, if the TRIS assets were segregated current pension assets as at 9 November 2016, a commutation will need to be made before 1 July 2017, anyway, if the assets are to be eligible for CGT relief under s 294 110 of the Income Tax (Transitional Provisions) Act 1997(Cth).

However, he noted that there is currently a bill in Parliament which proposes relaxing this provision so that no commutation is necessary in order to be eligible for segregated CGT relief.

Mr Figot said there are a number of other considerations that need to be made before deciding to commute a TRIS, including whether the lump sum resulting from the commutation will be internally rolled back to accumulation and mixed with other benefits.

“If so, are you comfortable with the implications of taxable component being irrevocably mixed with tax-free component?” he said.

He also stressed the importance of properly documenting any commutation and complying with the specific provisions of the fund’s governing rules. 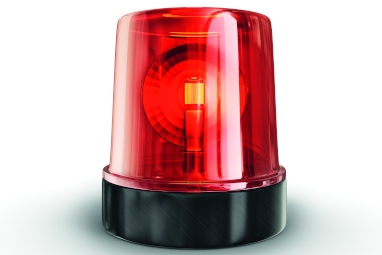