The ATO has progressed its talks and work with industry to implement events-based reporting in the SMSF sector, and reassured professionals it may not be as regular as some had initially thought.

The ATO flagged with SMSF Adviser late last year that it was eyeing real-time reporting for SMSFs, as a way to ensure compliance with 2016 budgetary measures, many of which are now in play.

Speaking to SMSF Adviser, ATO deputy commissioner for superannuation, James O’Halloran said the tax office is now working with APRA and the SMSF sector to put in place transitional arrangements for FY 17/18, with a view to move to events-based reporting in FY 18/19.

He noted that, despite some speculation to the contrary, the events-based reporting will be on an exceptional basis.

“In other words, only where the event occurs, not a reporting for the sake of it,” he said.

“Fundamentally, if a cap is not triggered, there would be no need to report. People think it’s reporting monthly or weekly or fortnightly. It’s when the event occurs, whatever that is, especially the 1.6m transfer balance cap,” he said.

The ATO’s assistant commissioner for superannuation, Kasey Macfarlane, stressed that the ATO is currently in consultation phase, and nothing at this point is set in stone for the SMSF sector.

“We have started consulting, particularly with our key new measures consultation group, which has a number of industry representatives on it,” she said.

In an ATO webinar, ATO director of technical leadership Helen Morgan explained that larger super funds using the bulk data exchange (BDE) method to report data to the ATO will need to commence events based reporting no later than 10 business days into December. 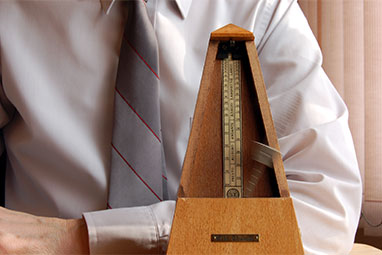 Written by Miranda Brownlee and Katarina Taurian
Last Updated: 18 May 2017
Published: 19 May 2017
join the discussion
News