In light of recent UK tax changes, SMSF trustees with funds on the qualifying recognised overseas pension schemes list will need to undertake urgent administration action by mid-April or risk being removed from the list.

DBA Lawyers senior associate William Fettes explained that in the spring budget the UK introduced a transfer tax for certain pension money transfers to QROPs, unless they meet specific requirements.

Mr Fettes said up until recently SMSFs with members 55 years and older who meet the QROPs requirements have been able to transfer UK pension scheme money to a QROPs tax-free, unless the amount was above the lifetime allowance amount currently set around £1 million.

Following the budget, however, there will now be a 25 per cent tax unless one of the relevant conditions is met.

“[One of the relevant] conditions is that their QROP and their residency correspond, so they have an Australian SMSF that is a QROP and are a resident of Australia, then they get relief in relation to that 25 per cent tax so it won’t apply,” Mr Fettes said.

“Also, there’s a bit of a post-fact relief there so that if tax is withheld in relation to that within five UK tax years, if the individual who owned the fund were in the same jurisdiction, they can get that tax remuted back.”

Importantly, Mr Fettes said there is also administration associated with this change with HM Revenue and Customs (HRMC) requiring all scheme managers or trustees of existing QROPs provide them with “an undertaking that they are aware of the regime” which requires completing the form APSS240.

Mr Fettes said HRMC is prepared to take anyone off the list if they haven’t received this undertaking form APSS240 by 13 April 2017.

“If by the 13th of April 2017, HRMC has not received your undertaking, your scheme will automatically cease to be a QROPs so it’s pretty important they get that form off quick smart to avoid that problem,” he said.

The UK, in its recent budget, also made changes to the tax rules around benefit payments.

“[Previously] there were some different rules that applied to benefit payments from a QROPs to a relevant member, and it was dependant on your period of non-UK tax residency,” Mr Fettes said.

“However, they are implementing a change so where you’ve had a rollover that receives tax relief from the UK to a QROPs that’s after the 6th of April 2017, so very shortly, they’re going to say that the UK tax rules that apply to the benefit payments will actually apply for five continuous UK tax years from that point on.”

From 6 April onwards, individuals will need to have five full tax years to be fully outside of the UK tax net with those benefit payments.

“We have a double taxation agreement with the UK, which covers pensions, but my understanding is that lump sum payments could be subject to UK tax under these rules,” Mr Fettes warned.

“So that is something to be aware of, and you do have to report your benefit payments to HRMC broadly for ten years after you become a QROPs.”

You can email Miranda on: [email protected]momentummedia.com.au
SMSFs told to take urgent action on QROPS changes 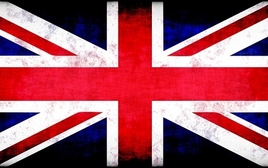