The ATO has released a draft taxation ruling regarding central management and control which one lawyer believes will also have implications for SMSFs in relation to the residency rules.

The draft ruling sets out the “Commissioner’s preliminary but considered view on how to apply the central management and control test of company residency”.

DBA Lawyers director Daniel Butler said while the High Court decision and draft ruling are not SMSF specific, they impact the application of the law in terms of ensuring that where an SMSF has members overseas, the SMSF remains a resident fund.

“To remain a resident fund, they need to comply with this central management and control,” Mr Butler told SMSF Adviser.

Mr Butler said the Bywater decision was about normal companies and normal investment-type companies, and it was claimed that these companies were non-resident, but because of the real and effective control here in Sydney they were subject to Australian tax.

In paragraph 10 of the draft ruling, he said the ATO looks at how exercising central management and control can involve things like setting the investment and operational policies.

The draft ruling also clarifies in paragraph 17 that a “person who has power or authority to control and direct a company, but does not use it, does not exercise central management and control”.

Mr Butler said both paragraph 17 and paragraph 18 are relevant to SMSFs.

Paragraph 18 of the draft ruling states, “In limited circumstances, a person may control and direct a company without ongoing active intervention in the company’s affairs provided they have appointed agents or managers whom they tacitly control to conduct the company’s day-to-day business provided:

Mr Butler said a lot of these issues could affect SMSFs by merely just have “window dressing” in terms of where the central control and management is. 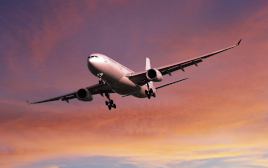