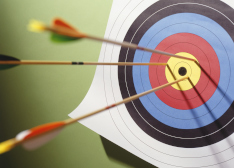 The corporate regulator has announced that in coming months it will initiate a major shadow shopping project focused on advice given on SMSFs, particularly advice given in relation to establishing a fund.

Speaking at the SMSF Association’s national conference, ASIC deputy chair Peter Kell said one of the two areas of focus ASIC has over the next few months is the ongoing work it is doing to lift the standards of advice and “to focus on areas where [it] believes there may be risks of poor advice”.

“As part of that, we’ll have a major project this year on advice given around SMSFs. We’ll be looking in particular at advice, if it’s been given recently, about establishing an SMSF or advice that’s currently at play,” Mr Kell said.

“As part of that, we’ll be doing an advice shadow shop of the sector to get a real-time, on the ground picture of the sort of advice that’s being offered to people out there when it comes to setting up an SMSF.”

Mr Kell said the project will give ASIC a sense of what is working well and what isn’t, adding that its results will later be communicated to the industry.

“We’re getting some useful data from our colleagues at the ATO that will help us target that effectively, so that [project] is going to be one of the main areas of work for us in the advice space in 2017,” he said.

“We’ve done these sorts of exercises [in] the past few years, around advice at the point of retirement, and it does help us get a picture of what’s actually being said, because it’s sometimes difficult to get that complete picture from just the files themselves.”

Mr Kell said ASIC also has a “very heavy focus at the moment on working its way through the limited license applications”.