The super reforms, particularly the provisions for CGT relief, have placed many practitioners in a difficult position, with clients demanding advice on what to do, and accountants and advisers still struggling to understand the details, according to Merit Wealth.

Merit Wealth accountants services director David Moss says the reforms around superannuation have resulted in some of the most complicated changes in more than a decade.

“There has been a massive change, it’s kind of like a volcano has gone off and ruptured the [superannuation] landscape,” Mr Moss said.

While changes to super are not new thing, some of the recent changes, particularly those relating to the CGT relief, are “immensely difficult” to understand.

“The reality is that the majority of experts are still a little bit confused themselves about these new rules, because these capital gains tax rules, they’re just a complete nightmare,” Mr Moss said.

“You’ve got to look at each client individually and work through almost like a series of flow charts to work out what is the best result for them.”

One of the reasons the CGT provisions are so confusing is because of the many options that can be applied for each client.

“It’s not like there’s two options. It’s not put your money into super, you’ll save ten thousand in tax, don’t do it you’ll save nothing. It’s not as simple as just a contribution. There will be five or six options a client will be able to have,” Mr Moss explained.

Mr Moss said many decisions will come down to when the client is going to sell the asset, how long they are going to hold it and if they’re going to go into pension phase at some point soon.

“The accountants can’t get their heads around it, the experts are struggling with it. That’s the feedback I’m getting direct from accountants.”

Mr Moss said SMSF practitioners in some cases, particularly if they’re unlicensed, are opting to give their clients a list of potential options to choose from, to prevent exposing themselves to any risk, if they get the decision wrong for the client.

“This is not an area where you can give the client ten different options and say work it out yourself,” he said.

“To just give facts is dangerous because your client relationship is at risk and it’s frustrating for the clients. If I’m unsatisfied and I don’t know the answer, and I walk out of a meeting and I have no idea what the answer is, then I’m going to go to the guy down the street that does know the answer.”

Getting the decision wrong is equally risky, said Mr Moss, because it could result in a ten thousand dollar difference in tax depending on whether or not they make the right choice for the client.

“Whether you’re licensed or not doesn’t matter. If you give the client the wrong advice on this CGT stuff, you’re exposed and it’s so complicated that it is easy for people to get this wrong,” Mr Moss said. 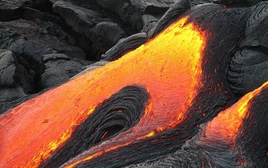