SMSF trustees should include children in the financial planning process from an earlier age as leaving it too late can result in “friction and family tension” later on, warns Colonial First State.

Speaking at a Sydney event, CFS general manager of distribution Matt Harrison said there is a point where trustees have illnesses that mean they lose the power to make effective and rational decisions.

“The best financial planners deal with bringing in, at the permission of the parent, the kids as part of the process,” said Mr Harrison.

Mr Harrison said that parents should be financially planning ahead for their health by “engaging with the kids at an initial stage".

“I have seen that emerge now more often and partly because [parents will] be in aged care, and some of the conversations need to take place,” he said.

“Some planners are offering that as a nominal fee for their high end clients, to engage their kids, and I think that’s great for your financial interest, engagement early on: the earlier you can get involved in the advice process the better.”

Further commenting on the issue, CFS general manager for product and investments Peter Chun said he thought disengagement between youth and financial planning was partly due to Australia’s default superannuation system.

“The bad thing with default is disengagement, people that aren’t aware and we see a lot of that through the bank, through a lot of segments we touch, people might have three or four superannuation accounts and they don’t know,” Mr Chun said. 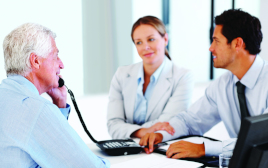