An accounting and business consultant has called the media coverage around the proposed $1.6 million superannuation cap “codswallop” and based on emotional hype.

MGI Australasia executive chairman Grant Field says much of the hype regarding the changes to super in the federal budget has more to do with emotion than logic, and is due to a lack of understanding of the proposed changes.

Mr Field criticised the media’s focus on the issue as “absolute codswallop”.

“One point that has been lost in all the media hype is the fact that the $1.6 million limit is per member, not per fund, meaning an average ‘mum and dad’ joint fund could have $3.2 million in it before this change becomes an issue,” Mr Field said.

“I suspect the number of joint funds with more than $3.2 million in them will not be that high, but even for those in that category, the earnings on the $3.2 million will still be exempt from tax when in pension phase.”

Mr Field said the average size of an SMSF is around $1 million and consists of two members – the average mum and dad super fund.

This means the average individual SMSF balance is around $500,000, a long way short of $1.6 million, according to Mr Field.

He pointed out that it is only the income earned on the excess above the $3.2 million joint fund balance that is taxable, not the earnings when in pension phase, and even then it is only taxable at 15 per cent.

“Even low-income taxpayers earning over $18,200 per annum pay a marginal tax rate of 19 per cent, which is higher than the 15 per cent that someone would pay on a fund balance of over $3.2 million,” Mr Field said. 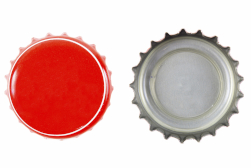