These charges include 10 counts of dishonestly obtaining $761,504 from Wickham Securities between December 2010 and November 2012, and one count of falsifying books relating to the affairs of the debenture issuer.

Robertson will be sentenced on 1 September, with his conditional bail extended until that date.

The group’s former chairman Bradley Thomas Sherwin, who was also the founder of Sherwin Financial Planners, was permanently banned by ASIC in May 2015.

He appeared in Brisbane Magistrates Court on 25 June 2015 after being charged with 33 counts of dishonestly causing detriment totalling nearly $10 million between May 2009 and December 2012, and one count of dishonestly breaching his duties as a director of Wickham Securities between November 2009 and October 2010. 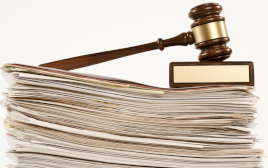 Total votes: 881
The voting for this poll has ended