Two months after the last rate cut, the Reserve Bank of Australia has announced the outcome of its July board meeting.

As widely predicted by most economists and experts, the board has decided to leave the official cash rate at the record-low level of 1.75 per cent.

Out of the 31 experts and economists on finder.com.au, 30 predicted rates would remain on hold.

LJ Hooker chief executive Grant Harrod said the RBA has chosen to hold steady until it is known whether the federal election results in a hung parliament or which of the two major political parties can form government.

BIS Shrapnel associate director of economics Richard Robinson said economic and employment growth is currently strong enough to keep the unemployment rate below six per cent, so there is no urgency to cut rates. 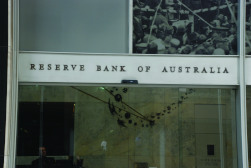