One industry lawyer has flagged the perceived loss of impartiality and independence as an issue for accountants looking to become licensed to give SMSF advice before the accountants' exemption expires.

Speaking to SMSF Adviser, Claire Wivell Plater, owner of legal firm The Fold, noted there are downsides for accountants acting under a third-party licence, including the potential loss of independent status in the eyes of clients.

These are particularly pertinent for accountants, because they are typically accustomed to being able to operate as they choose, subject to the confines of professionalism laid down by their industry organisation.

“When you’ve got your own licence you can set your own policies around what it is, how you want to service your clients, what services you want to offer, the way in which you offer those services,” Ms Wivell-Plater said.

“But when you’re an authorised rep of a licensee, because they’re responsible for everything that you do, their way of managing that is to set out and document policies and procedures for the way they require things to be done.”

“The licensee provides you with an approved product list, and generally speaking you’re not allowed to use products that are not on the list without their approval. Often you can get approval to use other products, but you have to go through a process doing that.”

Also speaking to SMSF Adviser, executive director of Crystal Wealth Partners John McIlroy said accountants are typically “independent thinkers” and would not want to be seen to be 'product pushing' for their licensee.

“Accountants generally like to be seen in their clients’ eyes as being an independent party,” Mr McIlroy said.

The Fold stressed that “now is the time” for accountants to decide whether or not they are going to pursue an Australian Financial Services Licence, with the accountants' exemption expiring on 1 July 2016.

Chartered Accountants Australia and New Zealand (CAANZ) is also calling on accountants to decide their licencing fate “without delay”.

“It’s not necessarily meaning you have to make a final decision, [but] understand that you have to make a decision. If the decision is, ‘yes, I think I will be licensed in some shape or form’, then start the training, and then after that you start going through and saying, 'well, what is the most appropriate form for me to be licensed in?'” CAANZ’s head of financial planning, Hugh Elvy, told SMSF Adviser. 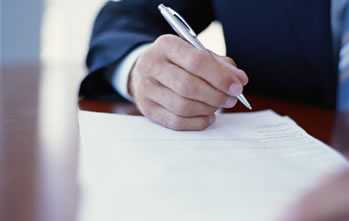