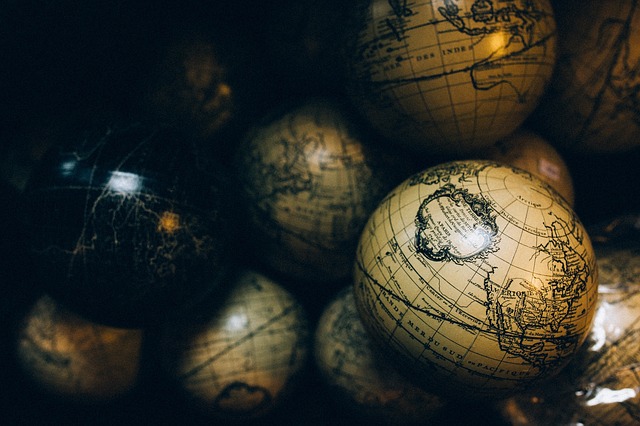 Labor’s imputation credit policy has brought diversification back into focus and seen interest in the global equity market further accelerate among SMSFs.

In 2018, the Labor party announced its contentious proposal to remove cash refunds for excess dividend imputation credits if elected in the next Federal election. While Labor announced there would be exemptions for pensioners, the policy, if enacted, is still expected to have a significant impact not only on ordinary Australian shares but also on listed income securities such as hybrids and convertible preference shares.

A shift to offshore equities

Given that the Federal election can’t happen any later than 2019 and the policy is intended to apply from 1 July 2019, Westpac private bank executive financial planner Marc Smith says cash refunds for excess dividend imputation credits could be removed as early as the beginning of next financial year.

The benefit of franking credits is quite powerful for SMSFs, because it represents extra yield or income to SMSFs, he explains.

“Investors will need to rethink their asset allocation within their portfolios because currently in Australia there is a bias towards Australian shares across SMSFs,” he warns.

A recent survey by SuperConcepts revealed that while investment in international equities by SMSFs is rising, it is still far below the amount invested in Australian equities. The survey results indicated that in the six months to December 2017, SMSFs increased their allocation to international equities from 13.9 per cent to 14.2 per cent. The allocation to Australian equities, on the other hand, rose from 35.4 per cent up to 36.9 per cent at the end of December.

“If this rule does come in they may need to rethink their pie chart and asset allocation and perhaps consider investing in other assets classes,” says Mr Smith.

While Mr Smith stresses that SMSFs shouldn’t be making sweeping changes to their portfolio based on a policy that may or may not happen, it may be a good idea for SMSFs to have a more balanced view with their equities exposure, anyway, and increase their overseas exposure.

“There is already an underlying shift with investors looking offshore so a change like this will just increase the speed of that shift. The trend already exists though,” he explains.

Mr Lucas says SMSF investors are recognising that Australia is very concentrated around the banks and the large lenders, and if they want exposure to technology, big media companies or healthcare, then they need to look offshore.

While the imputation credit policy is expected to have an impact on the returns from ordinary Australian shares, it will also impact the returns from listed income securities that have a franking credit attached to them, cautions Mr Smith.

At the moment bank hybrids are very popular with SMSF trustees, he notes, because they provide a higher yield than cash and term deposits.

“That begs the question as to whether hybrids will be worth investing in for the level of risk involved because hybrids do carry a degree of risk.”

A snapshot of global markets

While both the global and Australian equity markets experienced a slight downturn at the start of the year, there has been a bit of a recovery more recently, says Mr Smith.

“I would just continue to encourage SMSF trustees to seek diversification in their portfolios and reduce the level of concentration risk [they have],” he stresses.

He also recommends SMSF investors, particularly those in pension phase, to “keep their power dry” by ensuring they have assets in lower risk defensive assets, so that where the market has a correction moving forward, they don’t need to liquidate growth assets and can take advantage of the correction by buying shares at slightly lower prices.

AssureInvest director Andrew Doherty agrees that in this stage of the economic cycle, there may be opportunities for SMSF investors to snap up high-quality stocks more cheaply.

While Mr Doherty says there are some downside risks in global markets, including a more significant rise in inflation than generally expected, policy errors as central banks unwind extraordinary monetary stimulus, a more dramatic growth slowdown in China, and dysfunctional politics in Europe, none of these are bull-market ending events.

“Global economic fundamentals remain reasonably healthy with each key region exhibiting solid mild expansion. The United States, however, is more advanced in its cycle than most and the pace of growth should slow somewhat through next year as interest rates rise and jobs growth slows,” says Mr Doherty.

“Companies across the globe are accepting revenue and earnings growth opportunities. Capital spending that may boost productivity and enhance potential growth rates is yet to rise substantially but should accelerate somewhat as the recovery progresses.”

Looking at the US specifically, Mr Doherty says the US economy is likely to accelerate during the remainder of the year following a soft first quarter dragged by seasonal factors and adverse weather.

“Interest rates and inflation are modestly higher, but still low by historic standards. We anticipate GDP growth of 2.9 per cent for calendar 2018, slowing to 2.7 per cent in 2019 as tighter financial conditions and slowing jobs creation weigh somewhat,” he explains.

US Federal Reserve Policy could, however, see some further volatility with asset prices, he warns.

The European economy is continuing to recover, he says, although growth has somewhat stagnated in recent months.

“We still expect Eurozone GDP growth of 2 per cent in each of the next two years,” he says.

“French activity is unlikely to accelerate while strikes and structural reforms weigh on the near term. United Kingdom growth has eased in recent months, partly weather related, and should remain subdued while Brexit negotiations and political uncertainties persist.”

Emerging markets overall, he says, are growing above the pace of the advanced world.

“China is maintaining impressive growth though still with a heavy reliance on debt that requires reckoning at some stage,” he says.

In terms of sectors, SMSF investors he says should avoid a large exposure to telecommunications, consumer staples and utilities sectors.

“These are likely to underperform given their valuations, limited growth options and generally poor industry positioning,” he says.

Mr Lucas says he is seeing an increasing number of SMSF investors look to technology stocks such as Google or Apple which is being driven by their own personal use of the products or services sold by these companies.

“They make up such a large part of our lives now and you just can’t get exposure to that in Australia,” he says.

“It’s the same with healthcare and biotech, obviously we have some good biotech companies like CSL, but there’s just a broader range overseas.”

Other risks to consider

Just like investing in Australia, Mr Lucas says it’s important that practitioners and clients consider the geopolitical risks that could impact the value of their equities as well as potential movements in interest rates.

However, he also emphasises that while different countries may experience different levels of geopolitical risk at varying points, which may see particular markets discounted for a period of time, whether that’s six weeks or six months, they soon “get back to normal business”.

SMSF investors also need to be wary of the currency risk when investing overseas.

“If you buy a stock and it goes up ten per cent but the currency goes down or the Australian dollar rallies ten per cent at the same time, then your return will be flat,” he cautions.

“So you need to understand that whenever you invest offshore there’s that currency risk as well.”