The flexibility of self-managing your superannuation comes with a myriad of key compliance areas – one being the payment of account-based pensions. Are you across the importance and implications?

Running your own superannuation fund can give you flexibility and control over your retirement savings but there are many essential administration tasks and key compliance areas to consider – one being the payment of account-based pensions.

When a complying superannuation fund pays an income stream, it may be entitled to exempt the income earned from the fund’s assets used to support the pension until such time as the pension ceases.

For example, the Carlson Superannuation Fund is 100% in pension mode and has been since the beginning of the 2020/21 financial year, paying retirement pensions to Mr and Mrs Carlson.  One of the assets of the fund is a residential property sold during the financial year (which the fund has owned for several years) with the following details:

The full capital gain amount of $390,000 is disregarded for taxation purposes as the fund is 100% in pension mode for the financial year.

Similarly, the Independence Superannuation Fund is owned by retirees Mr and Mrs Brown. It has a large share portfolio with franking credits of $18,000 and is 100% in pension mode for the 2020/21 financial year. Consequently, the franking credits are not used to offset any tax payable and are received as a refund.

If the Trustee fails to meet the minimum pension requirements in a financial year, however, the super income stream will cease at the start of that income year for income tax and superannuation purposes.  Whilst one might think underpaying the pension minimum is unlikely, given the 50% reduction in drawdown for 2020/21 and 2021/22 due to the impact of the COVID-19 pandemic, many SMSF pension members receive their pension payments quarterly, bi-annually and even annually. Pensions may be underpaid, notwithstanding the reductions in place.

If such a scenario comes to pass, the fund will not be entitled to treat income or capital gains as ECPI for the year.  Any payments received will be considered lump sums. If the members wish to receive income streams in subsequent years they will be treated as pension payments, relating to new pensions, not the continuation of an existing pension or pensions.

If we revisit the above examples, the Carlson Superannuation Fund will incur Capital Gains Tax (CGT) on the sale of the residential property of $39,000 ($390,000 x 15% discounted by one third) if it is not considered to be in pension mode. If the minimum pension payment is not met the Brown’s Independence Superannuation fund may have to use the franking credits to offset any taxable income of the fund in the financial year.

The pension will also no longer be treated as a separate superannuation interest. Several different pensions, established to make use of different tax-free/taxable percentages, may be mixed together in accumulation phase. This undermines important member goals and objectives, such as tax efficient estate planning.

This last point is very important, given the impact the underpayment of pensions may have on such strategies. Let’s have a look at a case study to illustrate the issues.

Their estate planning strategy, designed in conjunction with their Adviser, involves the pensions with the higher taxable component reversionary to the surviving spouse. The tax free pensions encompassed by a Binding Death Benefit Nomination (BDBN) directs the trustee to pay the benefit to their respective estates. The member’s Will state these proceeds are then to be equally paid to their two daughters. The rationale behind this strategy is that the surviving spouse is a tax dependent and can receive a reversionary income stream, whilst the super death benefit paid to the estate will consist of a tax free component, meaning the death benefit lump sum tax impost will be nil.

John and Jean receive their pensions periodically, as they find this is the most convenient method of payment for them. To make things easier, John takes a combined payment rather than four separate payments.  They have the fund accounts and tax return completed on an annual basis, as they think their fund is pretty straight-forward.  John, who is a former accountant, likes to record the fund information on an Excel spreadsheet, along with collating all other paperwork, in order to get the accounts done each year.

Due to lockdowns and personal family matters, John forgets to make payments in the final few months of the 2020/21 financial year. In fact, John has underpaid the pensions by around 25%. The personal matter was the death of Jean’s mother earlier in the year; which meant they were tied up finalising her estate (Jean was her mother’s Executor). Jean also received an inheritance, some of which was used to fund their living expenses.  This contributed to John forgetting to pay the pension minimums, as was not required like a normal year.

The fund has not met the pension minimums for the 2020/21 financial year and, in accordance with the ATO’s Taxation Ruling TR 2013/5, the pensions are deemed to have ceased on 1 July 2020. The fund is in accumulation mode from that date and all payments made in the financial year are considered lump sums.

More importantly for John and Jean, their estate planning strategy has been greatly compromised.

Each pension is a separate superannuation interest with distinct benefit components and even preservation status. An SMSF member can have as many pensions as they wish but can only ever have one accumulation account.  By forgetting to meet the pension minimums in the 2020/21 financial year, the fund will now consist of a single accumulation account for John and Jean. Their tax free and (largely) taxable income streams are now mixed together. John and Jean’s accounts can be used to commence new pensions, but the strategy of streaming the tax free pensions to their daughters and the surviving spouse taking the taxable pension as a reversionary income stream is no longer available.

Any superannuation death benefit streamed to the adult daughters will now consist of a tax free and taxable component which will then be subject to lump sum tax. Given the large taxable component for each member, the tax impost could be substantial.

The ATO can exercise powers of general administration (GPA) to allow an SMSF to continue to claim ECPI, even though the minimum pension standards have not been met.

However, the Commissioner will disregard breaches of the pension payment standards in very limited circumstances.

Each of the following conditions must be satisfied for the fund to continue to claim ECPI:

1. The trustee failed to pay the minimum pension amount in that income year because of either:

2. The entitlement to the ECPI exemption would have continued but for the trustee failing to pay the minimum payment amount.

3. Upon the trustee becoming aware, the minimum payment amount was not met for an income year, the trustee makes a catch-up payment as soon as practicable in the following (current) income year; or treats a payment (intended prior year payment) made in the current income year, as being made in that prior income year.

4. Had the trustee made the catch-up payment in the prior income year, the minimum pension standards would have been met.

5. The trustee treats the catch-up payment, for all other purposes, as if it were made in the prior income year.

If all the above conditions are satisfied:

The ATO will also allow SMSF trustees to self-assess and apply the GPA concessions if all the following apply:

In addition to meeting all the above criteria, the Commissioner will only allow the GPA concession if the trustee has not previously been granted discretion for failing to meet the minimum pension payment requirements.

In all other cases the trustee will need to write in and outline why they did not meet the minimum pension requirements for the Commissioner to exercise GPA discretion.

Given the trustees of the J&J Superannuation fund underpaid the pensions by more than one-twelfth, and the underpayment was within the trustee’s control, they will not be able to self-assess and will need to apply to the Commissioner for GPA discretion.  In our experience, the situation as it applies to John and Jean will not be met with benevolence by the ATO.

How could this situation be avoided?

Having greater visibility over your superannuation fund is crucial in staying abreast of trustee obligations. Through the use of robust and advance technology, SMSF administrators provide clients and their intermediaries access to daily reporting, dashboards, data feeds and other services.  Trustees and/or members receive email and SMS updates alerting them to things like the underpayment of pensions, contribution caps, funds that are outside investment strategy parameters and much more.  Whilst no system can take on the roles and responsibilities of trustees, such services can provide alerts and tasks that help trustees and members with compliance obligations.

As reporting obligations become more frequent, and at times onerous, regular administrative services will soon become the norm. The recent passing of legislation to increase the age for bring-forward concessional contributions to 66 (up from 64) and other strategies to maximise super in retirement will also require funds to have up-to-date asset valuations.

If John and Jean had received important alerts about their outstanding requirements to meet the pension payment obligations it may have prompted them to act, ensuring their SMSF estate planning strategy was not compromised.

To learn more about the value of regular reporting, register for SuperConcept’s FREE upcoming webinar ‘Future Proofing an SMSF’ on July 13, 2020. 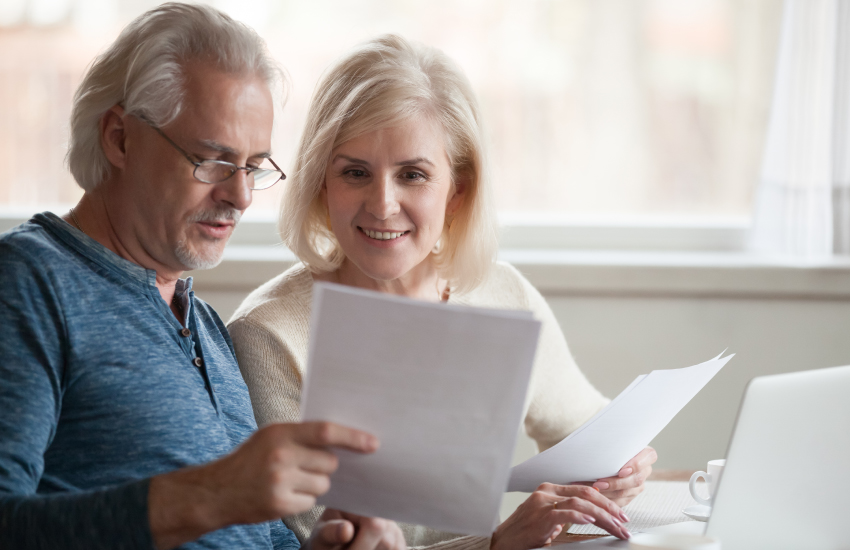