Five things you should know about major changes in US Immigration Trump administration’s views on immigration have had a significant impact on US immigration policy and procedure.

Below are five things you should know regarding major changes in US immigration.

Recently, as reported in major news outlets, some applicants for temporary employment visas at US consulates and embassies have been asked an unexpected question: “Why can’t an American do this job?” These questions by consular officers appear to be a result of President Trump’s “Buy American and Hire American” executive order of April 2017. Indeed, the State Department has confirmed that it’s reviewing a broad range of visa programs to ensure compliance with the executive order.

Although not necessarily a bad question to be considered in future immigration policy and program changes, the question implies a requirement that does not exist for most employment-based nonimmigrant visa categories. More specifically, the question has been asked most frequently of applicants for L-1B nonimmigrant visas. While the L-1B category does require that the applicant holds specialized knowledge, US Citizenship and Immigration Services (USCIS) has recently stated definitively in their draft guidance memorandum on adjudication policies for L-1B petitions that the L-1B category is not subject to a test of the labor market to determine whether US workers are available.

Furthermore, most visa applicants aren’t equipped to answer whether an American could do the proffered job as this question is a complex question for which an answer would require a high level of expertise in economics, trade policy, labor/employment law, and immigration law.
This change in immigration law, as well as the further policy implementation by the Department of State in an effort to comply with President Trump’s executive order, underlines the imperative nature of receiving competent legal advice before submitting visa applications and attending visa appointments.

Requests for Evidence are No Longer Required

USCIS recently issued a policy memorandum to provide officers with greater discretion to deny petitions and applications for immigration benefits without first having to issue a request for evidence (RFE) or notice of intent to deny (NOID). This major shift in policy means that a USCIS officer may now deny if the officer believes the case has a deficiency for which there is “no possibility” of the deficiency being rectified by the applicant or petitioner, including “cases where the regulations, the statute, or form instructions require the submission of an official document or another form of evidence establishing eligibility at the time of filing and there is no such submission.”

While this may seem like a common-sense policy change to those unfamiliar with the day-to-day dealings with USCIS, in practice, this policy will likely result in a sharp increase in erroneous denials and inefficiencies in the adjudication process. Historically, RFEs were issued to facilitate the adjudication process and provide the applicant or petitioner the opportunity to correct a mistake in the application/petition or to provide further explanation and legal argument.

Although this policy change is likely to be challenged through litigation soon, the policy is something that will have a major impact on the manner in which immigration applications and petitions are prepared, including additional legal costs for applicants to reduce the risk of erroneous denials.

After years of decline under previous administrations, both raids and arrests by US Immigration and Customs Enforcement (ICE) climbed to a three-year high in 2017 and are expected to be nearly double the 2017 numbers in 2018. This sharp increase in enforcement efforts is the result of both direct and indirect guidance from the White House and the trend is likely to continue through 2020. In the US, all employers are required to properly complete the I-9, Employment Eligibility Verification process for all newly hired personnel.

Historically, enforcement efforts were aimed at penalizing those who employ those without authorization and not on the arrest and deportation of the unauthorized workers themselves. However, following the direction and executive orders of the White House, ICE’s most recent raids have resulted in the arrest of not only employers but in the arrests of persons without employment authorization.  Between October 1, 2017, and May 4, 2018, ICE opened 3,410 worksite investigations or raids resulting in 594 criminal and 610 administrative arrests.

As penalties can be applied to employers who have made errors on I-9 forms, regardless of whether there was any actual unlawful employment, it is imperative that US employers ensure their I-9 compliance program is compliant with all I-9 regulations and ready for review by ICE.

This month, a new report by the National Foundation for American Policy (NFAP) indicates that the number of H-1B petition denials and issuance of RFEs increased significantly in the last quarter of the 2017 fiscal year, including a 41% increase in H-1B denials. Furthermore, the NFAP report notes that the rate of RFE issuance for H-1B petitions in the fourth quarter of the 2017 fiscal year “almost equaled the total number issued by USCIS adjudicators for the first three quarters of FY 2017 combined.”

The H-1B nonimmigrant visa category is one of the most popular and allows employers to petition for highly educated foreign professionals to work in “specialty occupations” that require at least a bachelor’s degree or the equivalent.

Over the past few decades, the H-1B has become integral to retaining foreign graduates of US colleges and universities, especially those with degrees in science, technology, engineering, and mathematics (STEM), including subjects in the fields of  chemistry, computer and information technology science, engineering, geosciences, life sciences, mathematical sciences, physics and astronomy, social sciences (anthropology, economics, psychology and sociology), and STEM education and learning research.

Not all news is bad news though. On August 1, 2018, the Knowledgeable Innovators and Worthy Investors Act (KIWI Act), after having already passed both the US House of Representatives and the Senate, was signed by the President and became law.

With this treaty of trade and commerce in place between the US and New Zealand, the E-1, Treaty Trader, and E-2, Treaty Investor, nonimmigrant visa program is now available to citizens of New Zealand and New Zealand-based companies who carry on substantial trade (E-1) or make a substantial investment (E-2) in a start-up or acquired business in the US.

Five things you should know about major changes in US Immigration 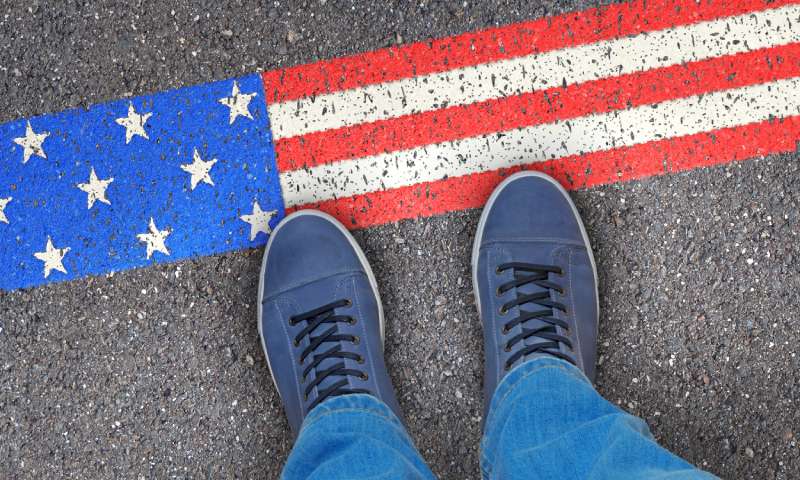