In part one of this feature we explored the evolution of SMSF administration over the past 20 years and the increased use of automation. Now SMSF Adviser will look at how the regulatory framework for the sector may change in response to improvements in technology.

Changes to the regulatory framework

The quality and service standards offered by different SMSF administration providers can vary significantly across the market.

While some firms are undertaking diligent, detailed compliant work, Mr Barton says there are other practices that aren’t competently undertaking this work.

One area that could see further regulation, in raising the standards of these less competent firms, he says, is in the audit space.

While there has already been regulation introduced in this area in the past few years, he says audit requirements could be made even more stringent, to ensure SMSF administration firms, particularly those that outsource, are compliant.

“There’s a lot of detail in the audit process already, but the price competitiveness of that market indicates to me that there’s probably auditors who aren’t dotting all their Is and crossing all their Ts in the [industry] somewhere,” he says.

Broadly speaking, Ms Fenech disagrees with implementing further regulation, however, citing that the number of compliance breaches is falling, with a seven per cent decrease in the year ended 30 June 2015 compared to the previous year.

“We’re also seeing more administrators increase their competency standards as they look to improve the service they provide to customers,” she says.

She feels it’s important, however, that SMSF trustees have access to good, quality information and advice about SMSFs and that SMSF administration providers invest in the knowledge and expertise of their employees.

A push to automation from the regulator

The ATO has already outlined it wants greater visibility with SMSF administration and to further automate its processes, so it will likely push accounting firms in this direction also.

“I think you will find the ATO, along with other regulatory requirements, will lift the level of automation required and I think that will naturally drive the adoption of technology,” says Mr Bungard.

SuperStream is a good example of this push, he says, as the processing of contributions now has to be done in an automated way through a technology solution.

“I think we will see more of this over time in terms of expectations that funds are administered in a way where there’s the ability to get electronic reporting and so forth,” he adds.

Mr Smith says one of the major strategies of the ATO over the next few years will be moving towards standard business reporting (SBR).

“In terms of lodging data with the ATO, SBR is where they want it to be, so more and more initiatives around that can be expected,” he says.

“The regulator more often than not will be trying to strip costs out of the economy from a compliance perspective.”

The ATO, he says, will be encouraging data to be moved electronically wherever possible.

“I’m not sure how forceful the government will necessarily be on some of these initiatives. It may well just be more encouragement than forcing people to comply,” he says.

He expects the ATO will wait for SuperStream to be bedded down before implementing further changes in this area.

Mr Barton believes a further push towards automation by the ATO will be beneficial for the industry.
“The sooner we can facilitate something closer to a banking payment system in the superannuation space, the better for everyone,” he says.

“There has always been a history of administrators being slow with withdrawals, or particularly transitions when a client has made a decision to move from provider A to provider B, it always takes longer than it perhaps should.”

A more automated and seamless system, Mr Barton says, will mean less money going missing, will allow clients to invest money sooner and make everything more auditable – “that’s got to be a good thing for everyone’s confidence in the system”.

The ATO’s move to transform and improve the efficiency and ease of compliance requirements is also seen as a positive by Ms Fenech.
“We fully support moves by the regulator that facilitate innovation in the industry, which will ultimately improve service quality for customers,” she says.

A large number of SMSFs are now on some form of automated SMSF administration platform, but with the various admin and software all using different systems and storing data in varying ways, this is one area where regulation could potentially help.

The movement of data from place to place, Mr Heffron says, continues to be clunky.

“If you’re a user of a particular SMSF administration platform, and you want to move to another as a trustee, how do you get your data off that platform and onto the new one cheaply? It’s not easy to do,” he explains.

“Having protocols on what exactly your data should look like and how it should be exchanged between providers would be helpful.”

At present, Mr Heffron says every time data is moved from one platform to another for SMSF admin, someone has to re-key the data.

“There must be hundreds of thousands of dollars wasted on that kind of thing at the moment and given we’ve got the technology to stop that happening, I think we need to fix that,” he says.

Standardisation in this area, he adds, will not only be beneficial for the large SMSF administration providers but smaller accounting firms too.

Ms Fenech has a similar opinion, and believes there should be an agreed standards framework for technology development in the industry.

“This will enable the industry to create more efficient ways of doing business, both internally and with external partners, ultimately improving service for customers,” she says.

“As an example, if there is an agreed standard for how the industry shares audit information, it could open opportunities for the development of real-time auditing.”

As the superannuation system becoming increasingly automated and electronic, this poses a greater risk in terms of online cyber-attacks, which could result in further regulation to help protect users.

“It’s entirely possible that if there are a few notable cases and a couple of people lose a significant amount of money, then regulation may follow those incidents,” says Mr Barton.

He hopes that organisations are proactive in this area, however, and consider these risks in advance of becoming a victim.

Mr Smith says he’s not sure if legislation is the answer to ensuring firms are protected against cyber-crime, but adds that administrators should be considering cyber insurance protection.

“If somebody does manage to hack into an administrator, and then gets access to the personal data of members of a whole lot of SMSFs, there may be a question around who has the liability for that,” he says.

If the risks of cyber-attacks in the future were perceived to be high enough, Mr Smith says, cyber-insurance could be made mandatory.

“I’m not sure how well legislation will ever deal with this issue, [however],” he says.

“The administration platform companies have got an absolute focus on this security issue, so they spend an enormous amount of money, time and effort ensuring that their systems are bulletproof from cyber-attacks.”

As the SMSF administration platforms continue to be enhanced, Mr Smith says the ATO may also start demanding more detailed or granular data to enable them to undertake a better analysis of what’s happening inside SMSFs.

“The difficulty in doing that, of course, is that there’s still a lot of SMSFs that are not on these sophisticated admin platforms, so if the regulator moves too quickly down that road it could overburden those funds that aren’t using these platforms,” he says.

“That would make it very expensive to actually comply with those requirements, so I’m not sure I can see that happening too quickly.” 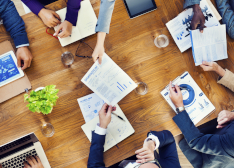